Geophysical Analysis of the Paleogeothermal Gradient and Heat Flow in the Williston Basin, ND

Past researchers have suggested that elevated heat flow once existed in the Williston Basin during the Eocene Epoch or younger time frame, based on petroleum maturity indices data. Further, they have argued that those attempting to computationally model the region have incorrectly assumed constant heat flow through time. The present work attempts to address the different positions taken by updating geophysical modeling evidence concerning heat flow in the Williston Basin in which paleogeothermal conditions are variable over geologic time. After conducting the investigation, present research demonstrates that elevated heat flow may have existed in the Williston Basin in the geologic past but did not necessarily have to occur during or after the time period suggested. Furthermore, variable radioactivity in the crystalline basement rock demonstrated by the present models can explain the enhanced thermal maturity described by past researchers. Only more detailed study will eventually lead the scientific community to a more precise explanation of the cause and time constraints of such paleogeothermal conditions. 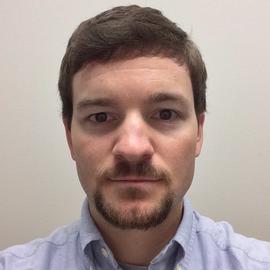 Daniel Burke Brunson is a doctoral student in Geology at the University of North Dakota Harold Hamm School of Geology and Geological Engineering in Grand Forks, ND.